Winter is not going away anytime soon in the north hemisphere, so there’s still time to crochet some wintery projects like these convertible mittens. 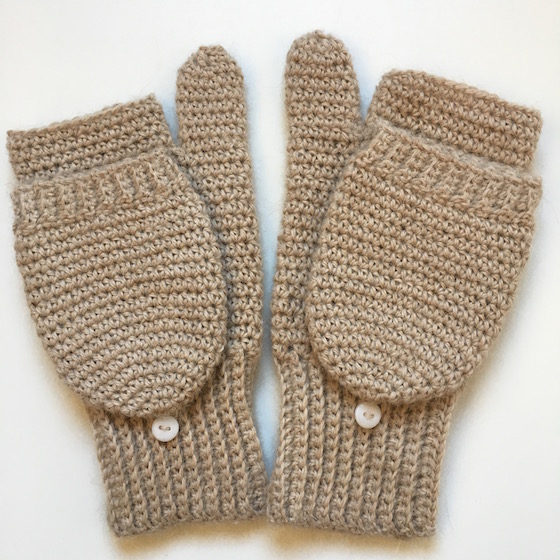 These mittens are not as difficult as they seem, but they do require some experience with ribbing and decreasing. So I’ll say it’s kind of intermediate level. I’ll tell you how I made mine, so you can make a pair for yourself too.

I used 1 skein and a little bit more of this alpaca yarn I’ve shown you before, and a 3mm hook.

I started with the elastic at the bottom. For that, I chained 15 + 1 for turning, and worked 40 rows of elastic single crochet (back loop only). Join them to make a cuff. Fasten off and weave in the end. 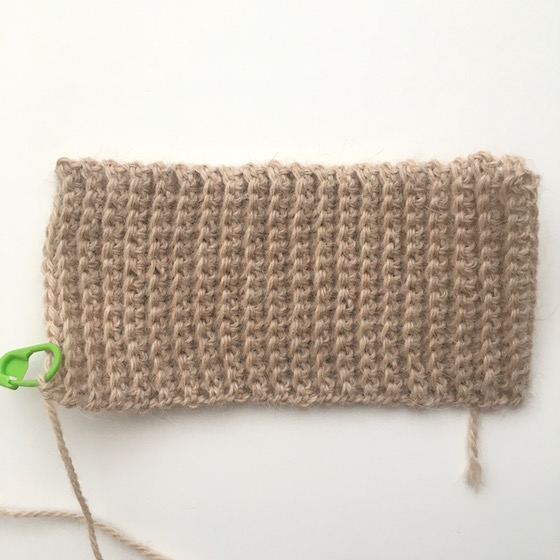 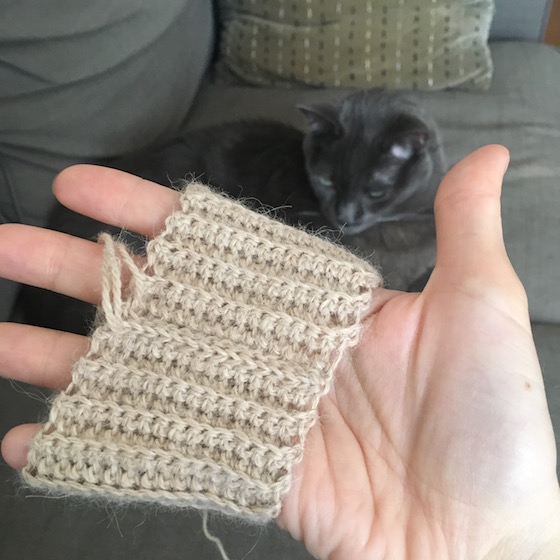 Now you need to work in the round along the side of the cuff. It’s not easy to know where to insert the hook. If you stretch the cuff, you can see some gaps. What I did is make 2 half double crochet (hdc) in each gap. I ended up with 40 hdc. 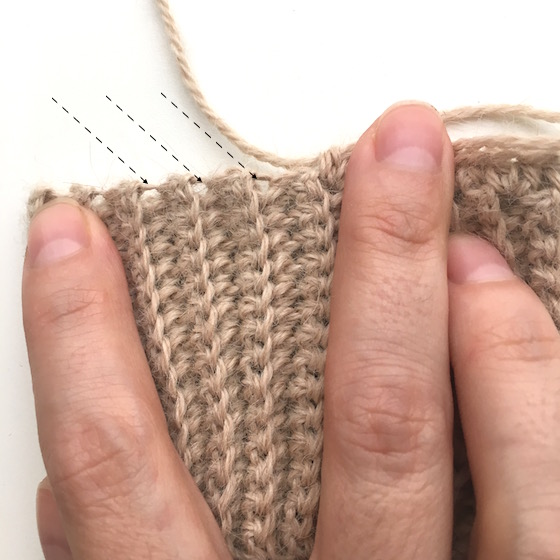 Keep making 1 hdc in each hdc from the previous row until you reach the beginning of the thumb. (In my case, it was 14 rows). 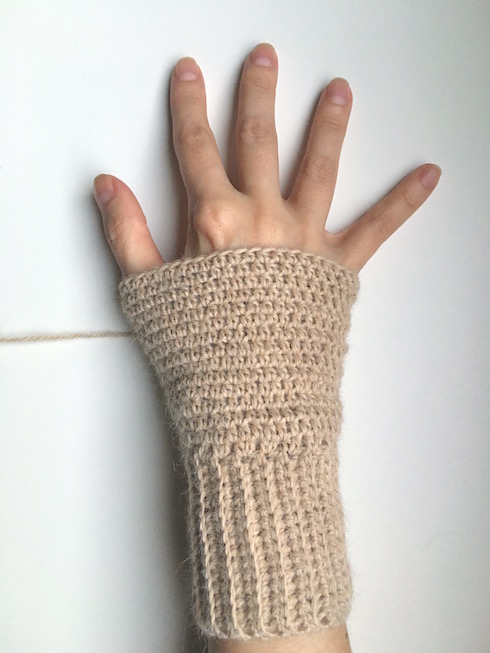 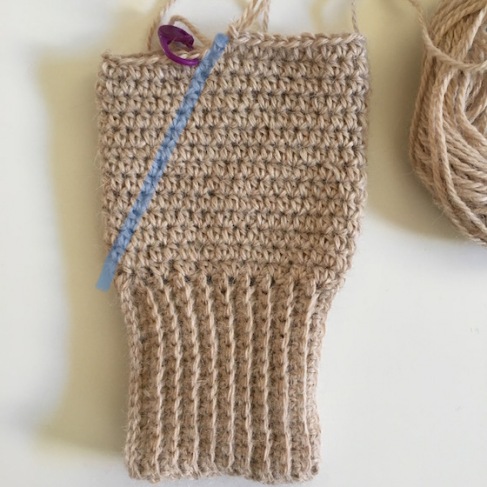 DISCLAIMER: If you are marking the beginning of your rows (you should) you’ll see that they don’t make a straight line. This is because the hdc “pulls” the yarn and because of that, the beginning of your rows will draw a diagonal line. This is normal and it’s ok. There is, however, a very complicated method if you NEED a straight seam, but I think that for this project it’s not worth the effort. 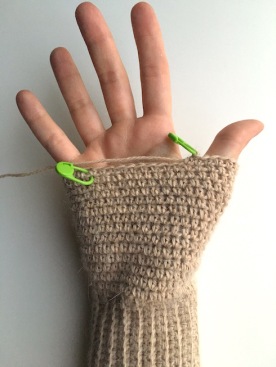 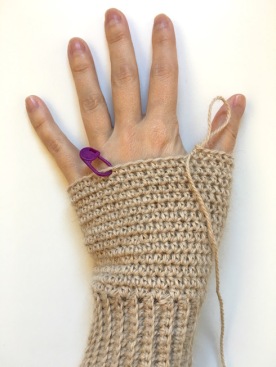 Then I joined with a slip stitch a number of stitches I thought would correspond to the thumb (14 in my case). 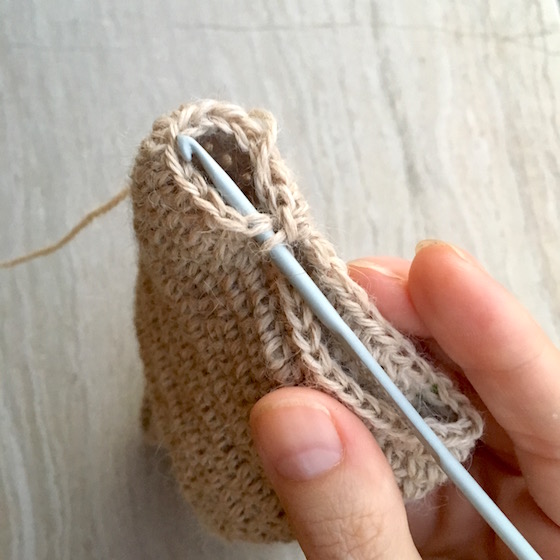 Keep working these 14 stitches in the round for 7 more rows. Then, start decreasing by making 2 hdc together in each stitch from previous row for the following 2 rows. <- last row is difficult to work. You can make single crochets instead of hdc. Fasten off and weave in the tail. 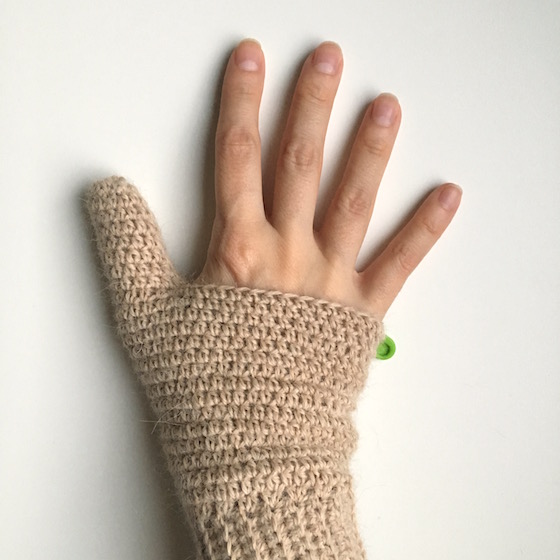 Now we return to where we left it in the intersection of the thumb with the fingers. Join yarn and keep working hdc. 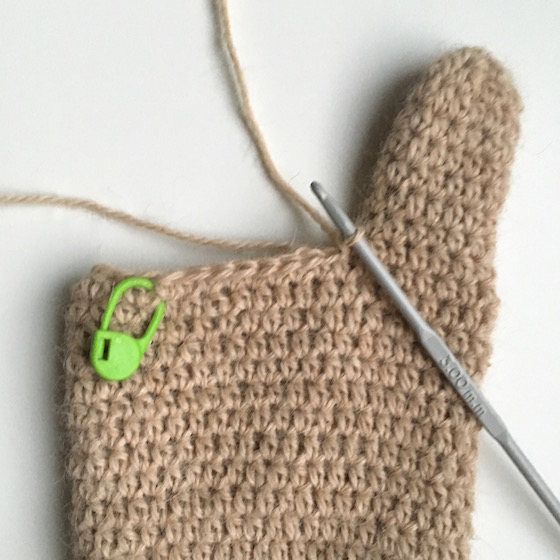 In my case I had 26 stitches in this part (40 – 14), but I also worked in the first and last stitch of the stitches I had saved for the thumb, to avoid a hole showing in the intersection, so I ended up with 28 stitches for the finger’s part. 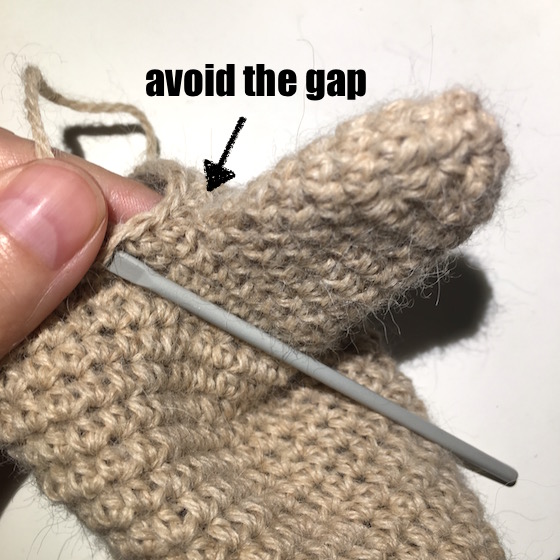 I made 6 rows until it covered my knuckles. 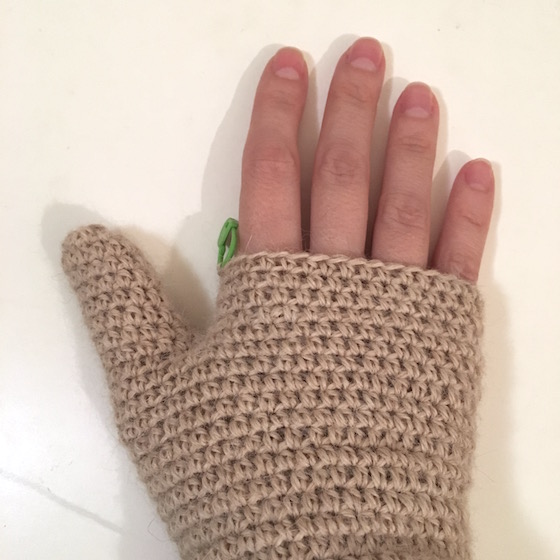 Now it’s time to make the lid, or cover, or hood or whatever you want to call it. 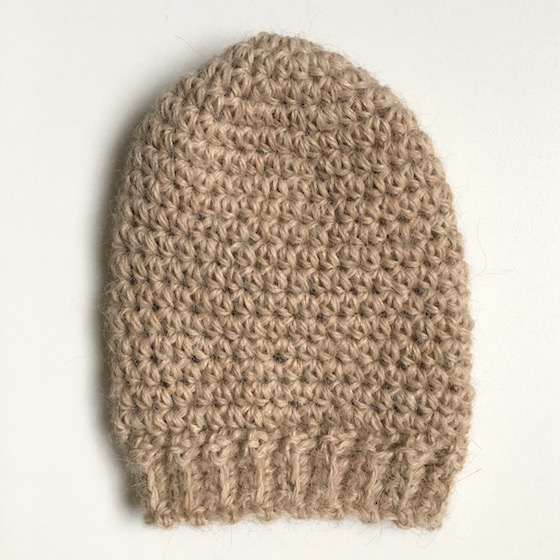 Make a magic ring and 6 sc in it. Then, increase with this progression:

I’ll ended up with 36 stitches that I kept half double crocheting for 11 more rows until it covered the first row of the previous part we made. You should try it on to adjust the rows if necessary.

Now for the ribbing, you don’t need to fasten off. I made my ribbing of 4 chains + 1 for turning. Here I leave you a video tutorial.

To join the hood to the rest of the glove, try it on to see where you need it to be placed. In may case, it was in the 5th row from the top. I don’t know if there is a better way to sew these two parts together, but I did it as you see in the pic below. Keep trying it on to adjust if necessary. 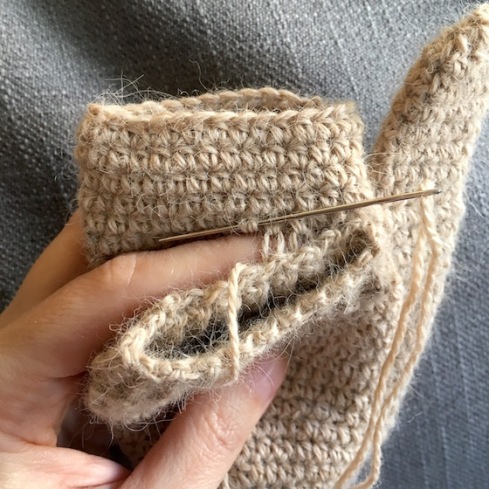 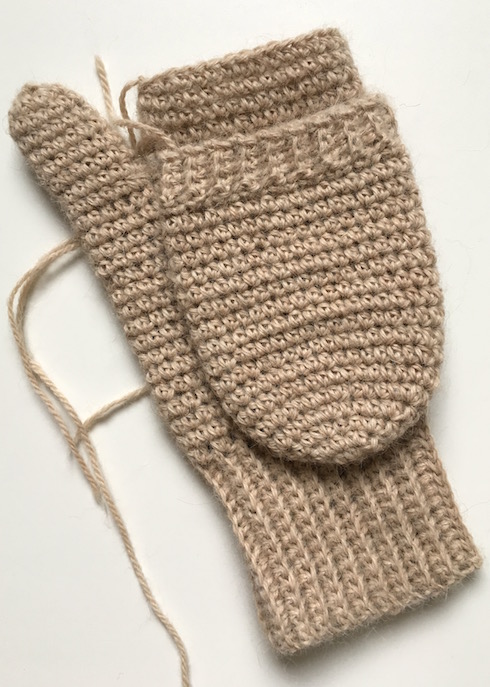 The final touches: button and string.

Chose a pair of nice buttons. With the hood retracted, see where do you need your button to be. Fix it in place. 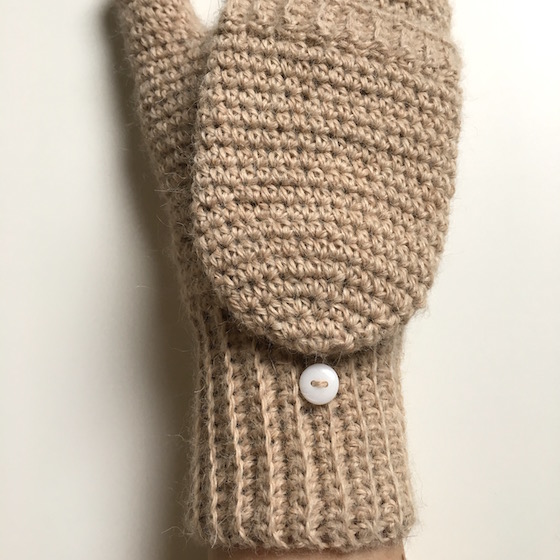 For the buttonhole, I just tied a short piece of yarn to the top of the hood. I tried making a chain, but I didn’t like it because it was too thick. 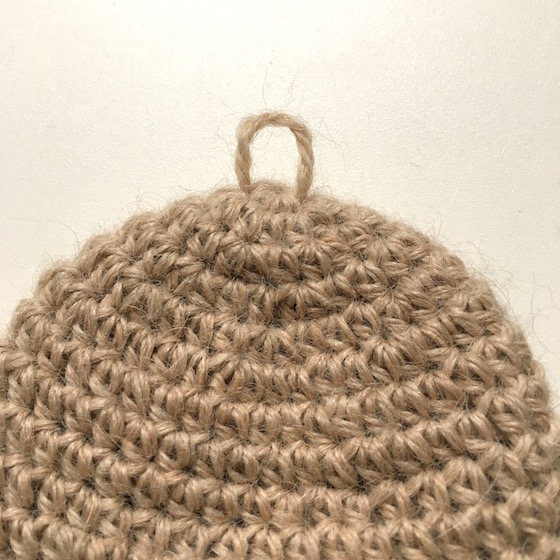 Congrats! you made it! Now you just need to make the other hand the exact same way 🙂 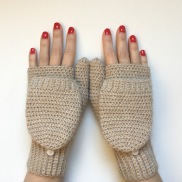 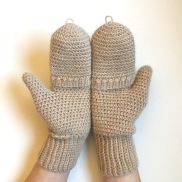 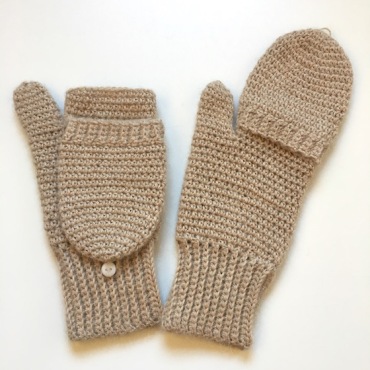 Happy warm hands to you ❤